DETAILS OF THE TOURIST ATTRACTION

The 'Spodek' Sport and Show Arena

It is difficult to imagine Katowice’s landscape without the characteristic edifice of the Spodek Sports and Entertainment Arena located in the very centre of the city. The 'Spodek' Arena, the biggest facility of its kind in Poland, was handed over for use in 1971. In 2009 works on complete modernisation of the facility were commenced and as result it became the most modern sports and entertainment arena in Poland.

The 'Spodek' Arena serves as a venue for a number of superb international events. It has been the arena of great sporting events, such as: EuroBasket Championships, the finals of the Volleyball World League, Ice Hockey World Championships, professional boxing galas, finals of the Freestye Motocross Championships, or futsal championships. The Spodek Arena has played host to world – famous music stars such as Joe Cocker, Tina Turner, Elton John, Sting or Metallica. Finally, Spodek is also a venue for popular fairs and exhibitions in the automobile, cosmetics and mining industry attended by thousands of visitors. In Spodek and nearby MCK take place also the top business meeting in Central Europe - European Economic Congress.

The unusual form of the Sports and Show Arena facilities create a mutually omplementary complex occupying an area of almost 7 hectares. The multifunctional, universal centre is the perfect location for the organisation of a variety of events, be it art or sporting events, exhibitions of fairs or congresses, conventions, or trainings which can be help simultaneously in all the buildings – the main arena, the mezzanine, the skating rink and the gym. 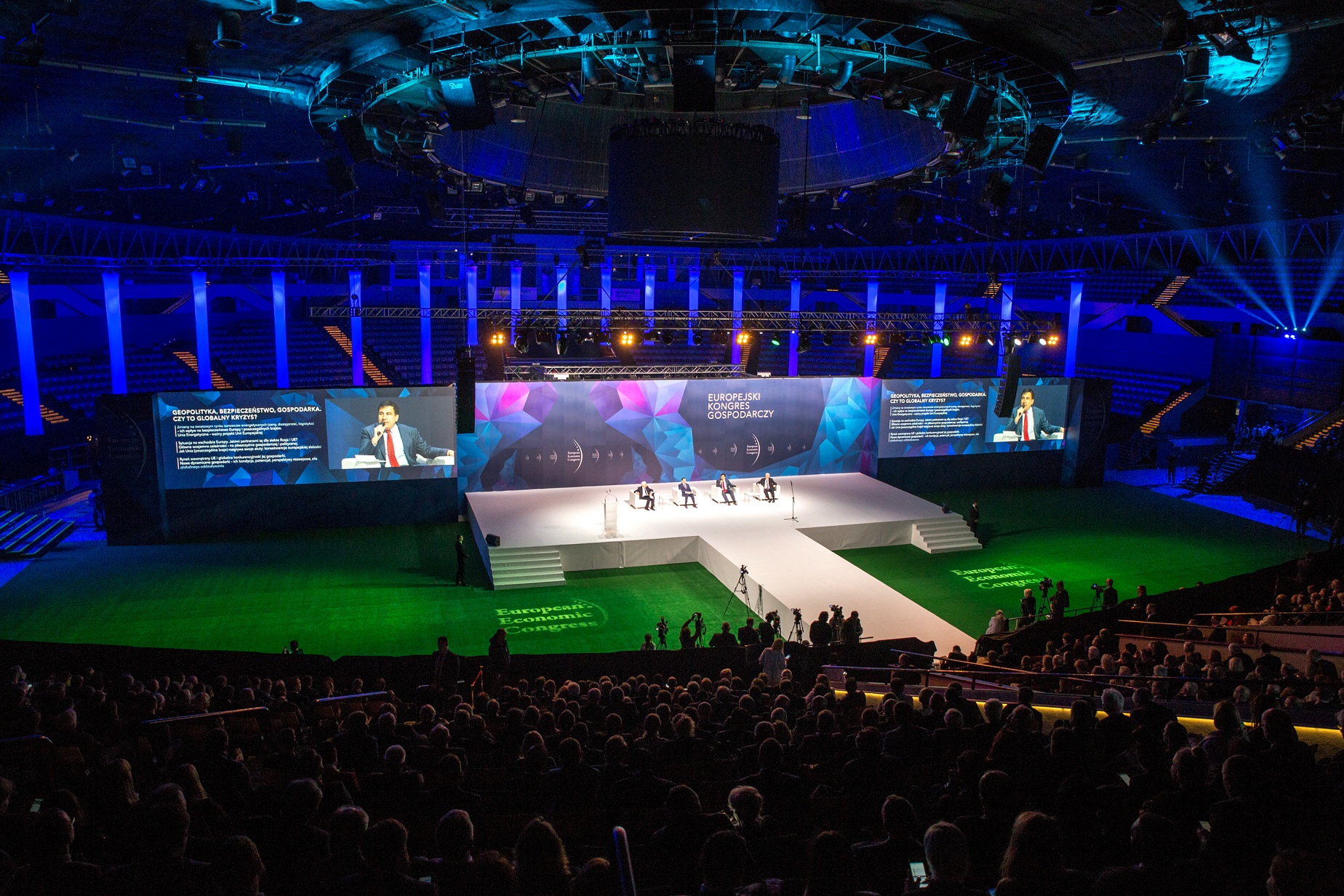 KATOWICE - NIKISZOWIEC
We invite you to an audio tour of Katowice - Nikiszowiec.

KATOWICE CITY CENTRE
We invite you to an audio tour of Katowice.
link to the topic add a topic
more

Culture Zone in Katowice
Katowice
Culture Zone in Katowice is located between Spodek arena and new buildings which are the seat of the International Congress Center (MCK), The National Orchestra of Polish Radio (NOSPR) and the Silesian Museum. The location of the Space of Culture adapted the area of former coal mine "Katowice". There you can find, according to a characteristics for Upper Silesia urban designs and motifs, amazing buildings. Tourist can admire a fantastic view from the green roof of the MCK, and Hoist tower of the former pit shaft, on which a panoramic lift is mounted (the Silesian Museum)
END_OF_DOCUMENT_TOKEN_TO_BE_REPLACED

The Roundabout in Katowice
Katowice
The area around the General Józef Ziętek Roundabout in Katowice is one of the most recognizable places in the capital of Upper Silesia. Even today visitors are impressed by the bold shape of the Sport and Show Arena known as Spodek ("Saucer in Polish). On the opposite side of the roundabout there is the Monument of the Silesian Insurgents and close to it the bronze statue of General Ziętek. An unusual memento of the communist times is the so-called Super Unit. A more recent landmark is "Rondo Sztuki", a an art and cultural centre.
END_OF_DOCUMENT_TOKEN_TO_BE_REPLACED

The "Altus" Skyscraper in Katowice
Katowice
Katowice is the second city (after Warsaw) in Poland which boasts the largest number of high-rise buildings. The tradition of such constructions in the capital of Upper Silesia dates back to the interwar period, when the first “skyscraper” in the country was erected in Katowice. Currently, the record high building is the skyscraper "Altus", which is 125 meters tall and has a total area of about 69 000 square meters.
END_OF_DOCUMENT_TOKEN_TO_BE_REPLACED

The Old Grand Hotel in Katowice
Katowice
In 1984, the reactivated Silesian Museum in Katowice was moved into the impressive building of the former Grand Hotel at today’s 3 Korfanty Street. The construction of the building was financed by Max Wiener, an entrepreneur from Katowice in 1899. It was designed by Ignatz Gruenfeld or Gerd Zimmermann. The building is made of brick, giving it an elegant, neo-Renaissance form with decorative gables and projections.
END_OF_DOCUMENT_TOKEN_TO_BE_REPLACED

Silesian Museum
Katowice
The complex of buildings of the Silesian Museum, situated in the former Katowice coal mine, along with other institutions which are being built here will create the so-called Cultural District - the new centre of cultural life for the city. The coal mine "Katowice" operated from the third decade of the nineteenth century until the end of the last century. In total, about 120 million tons of coal were mined. Characteristic old buildings have remained of the mine, many of whom were built as early as the nineteenth century, and each individual building was given the features inspired by the Romanesque and Gothic styles.
END_OF_DOCUMENT_TOKEN_TO_BE_REPLACED
See more